After all the controversy in the Ostomy community from the conclusion of Grey’s Anatomy, someone far different in the Entertainment industry has popped up on the radar about Ostomy.

“Girls Aloud” is something I’ve never heard of before, but it’s an English/Irish girl band who formed on a British TV show called Popstars: The Rivals, which doesn’t seem too far different from “American Idol”. 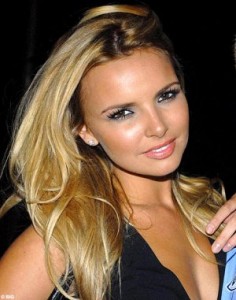 One of their singers, Nadine Coyle, has a unique connection to Ostomy, and she intends to do something to combat the negative stigma surrounding Ostomy surgery, and the life-changing decisions involved with choosing to have Ostomy surgery.

According to the BBC article, Nadine’s close friend, a hair stylist, had Ostomy surgery in January, bring the negative stigma of the surgery to her attention.

Nadine has teamed up with Vanilla Blush, founded by Ostomate Nicola Dames who designs and models lingerie for women with stomas. Vanilla Blush aims to end the negative stigmas that women with ostomy surgery can’t be sexy or comfortable in their own skin! A quote from Nadine sums it up:

“I was amazed at the negative connotations that surrounds people with a stoma and also shocked at the lack of exposure in the mainstream media. This is one taboo which I am right on board in helping to smash.”

Nadine will be a celebrity spokesperson for Vanilla Blush and will appear in a nursing conference in Arizona. Here is her Twitter page.